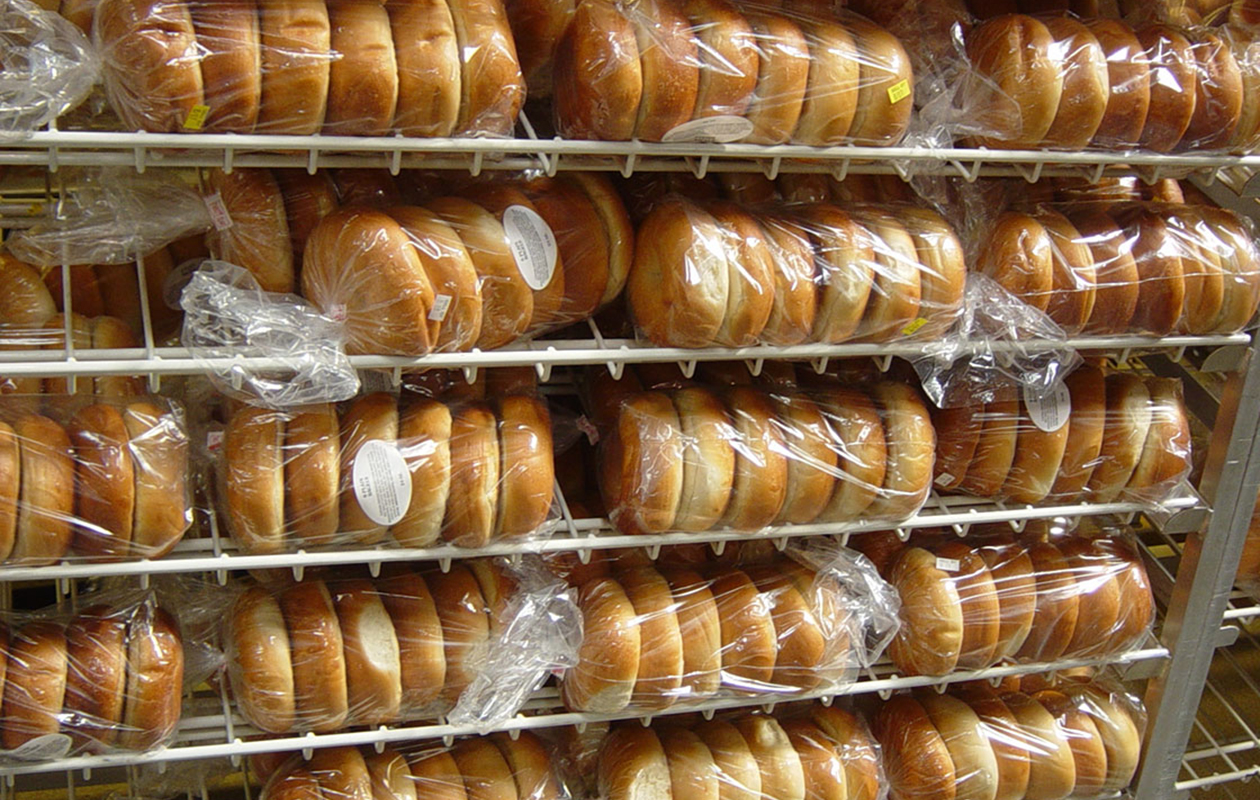 Fleischer’s Bagels, a family owned and operated business, started in 1971 as a retail operation in Schenectady, New York. An additional retail operation was opened in Rochester, New York, in 1974. Fleischer’s began wholesaling in 1975, and entered the frozen bagel market. By 1987, Fleischer’s had decided to sell their retail stores and go completely wholesale. This proved to be a very successful move, and before long their plant capacity was at its maximum: Production was running 24 hours a day, six days a week to meet demand, and there was no room to further expand the facility.

Fleischer’s moved to a new 42,000 ft² plant on a six-acre site, providing ample room to grow if sales continued to increase. Since they were in the wholesale industry, producing more than 50 different bag designs, the needed to accommodate multiple bagel sizes from two-ounce to four-ounce created a hurdle for achieving the high-volume production they sought. Initially, the idea was to just add conventional bagel equipment, but it soon became apparent that a more automated approach was in order. They also realized that the originally-planned expenditure of $1 million would have made them very labor intensive, and the final number to attain the desired outcome came out to be $3.5 million.

Span Tech’s Designer System conveyors would become an integral part of Fleischer’s new line. The part of the production process that involves Span Tech conveyors begins with receiving nine lanes of dough pieces, from each of two Winkler overhead proofers.

The dough pieces travel in unison onto nine lanes of 3.76″ wide MonoSpan Raised chain conveyor. These conveyors are on 4.75″ centers at infeed, and either 23-1/2″ or 16″ centers at outfeed, where the product is discharged to American Baking Systems horizontal bagel formers. All nine lanes of conveyor are independently driven using variable speed controllers, allowing the products to discharge in unison from conveyors of different lengths.

Formed dough exits the bagel formers onto nine more lanes of 3.76” MonoSpan Raised chain conveyor. A photoelectric sensor at the infeed of these conveyors senses the product after it exits the bagel formers. These conveyors are independently driven with variable speed controllers, indexing every 1.2 seconds at different speeds to allow the products to discharge in unison. A requirement that the conveyors’ outfeeds be located on 9” centers meant that the conveyors had to be “pushed,” since there was not enough room to mount drives at the discharge end.

With no catenaries to deal with on Designer System conveyors, they can be pushed or pulled with equal success. The individual lanes allow the bagels to make a smooth 90° horizontal bend, yet meet up in straight rows at discharge. The formed bagels travel from the outfeeds onto an independently driven Span Tech Powered Roller Transfer, which transports them to a Capway peel-board loading conveyor system. The Transfer’s rollers are connected to the drive chassis by magnetic couplings, allowing for easy removal and cleaning when necessary.

A bakery installation of this size typically requires custom-built equipment to suit the facility’s individual needs. As part of their research, Fleischer’s visited bagel plants and equipment manufacturers to observe dividing, forming, and proofing operations, with another concern being the number of transfer systems the line would need. The eventual solution required careful integration of raw and finished product conveyors, and according to Marc Fleischer, they went top-shelf in the new bakery. “We had an engineer in our facility for a year,” he said, “to put together a plant that would be second to none.” Added Jody Fleischer: “Our factory is unique to the bagel industry, because of the various transfer systems we use to boost productivity.”

Whether you need to modify an existing plant, or build a new one as Fleischer’s did, give Span Tech a call to see how The Designer System can help you increase productivity while reducing costs.

Krumrei, Doug. “A Multimillion-Dollar Building and Equipment Investment has Positioned Fleischer’s Bagels as a Major Player in the National Bagel Market.” Bakery Production and Marketing. August 15 1996.