Orchestra Kentucky was founded in the summer of 2000 with no funds and just a vision of two friends, Jeff Reed and Mike Thurman. Both are musicians and saw the need in the Bowling Green community for an orchestra of professionals. They contacted several friends, some who were musicians, some not, and met several times to discuss the possibility of starting an orchestra. Those friends were Duncan McKenzie, Evan Walters, Chuck and Janet Smith, and Greg and Helen Motter. The decision was made to organize and start an orchestra with Jeff Reed as music director. Mike was elected president, Chuck was elected treasurer, and Helen secretary. The group chose the name Bowling Green Chamber Orchestra to reflect its small size. On January 22, 2009, the group was renamed Orchestra Kentucky to reflect its larger size and increasing reach into the Commonwealth of Kentucky.

Local musicians were contacted, and rehearsed every Monday evening for several weeks at Royal Music Company before the first concert on September 11, 2000. The first concert was presented at Christ Episcopal Church in Bowling Green. Approximately 150 people attended the concert, which included music of Wagner, Handel and Mozart. Two businesses contributed enough money to get the group started (Republic Bank and Jim Johnson), but several musicians agreed to play without being paid. Enough funding was found to take the group through the first season, a constitution was written, the orchestra was incorporated, 501(c)(3) status was obtained, goals were set and the orchestra was on its way.

A milestone in the orchestra’s history was the decision to present a rock band and vocalist with the orchestra. Jeff organized a group of local rock musicians, later named The Rewinders, got permission and had Pam Thurman and Chuck Smith transcribe the orchestral parts. The first concert of Beatles hits sold 450 tickets, with nearly 2,000 tickets sold in the sixth year of the show. New shows have been added every season since then.

The orchestra has performed in Russellville, Scottsville, Glasgow, Hopkinsville, Madisonville and Somerset, Kentucky. The Rewinders have performed in Glasgow, Owensboro, and Madinsonville, Kentucky, and Murfreesboro, Tennessee. They were part of the Piccolo Spoleto Festival in Charleston, South Carolina in 2006.

During the 2005-2006 season the C-3 (Children’s Cushion Concerts) series was added. These concerts were held on Sunday afternoons at the train depot  for children ages 2 to 9. Perry Penguin, Orchestra Kentucky mascot, always made an appearance and led the children in a parade. The Young at Art series was added for the 2009-2010 season. Programming was geared towards families and anyone else who feels like a kid.

In 2005 the orchestra presented the first annual free Fourth of July Star-Spangled Spectacular on the Western Kentucky University campus at the Guthrie Tower. The concert and fireworks display was repeated annually, with crowds totaling more than 15,000 people.

The orchestra has developed an educational outreach into the community, including the establishment of a youth orchestra in 2001 and a String Academy in January of 2003. The youth orchestra organization is comprised of two groups with approximately 70 student members. The String Academy has had as many as 130 students enrolled and seven teachers on its staff. Adult educational outreach includes pre-concert programs on various aspects of the music to be performed.   These Pre-Concert Chats with the Maestro are held in the Renshaw Education Center at The Southern Kentucky Performing Arts Center at 6:45pm, before the VIP concerts.   Talks have  also  been presented at various clubs and retirement homes in the area.

The Bowling Green Chamber Players is also a part of Orchestra Kentucky and consists of small groups of musicians who go into the schools for educational programs and who perform for various community events, weddings, and receptions. The orchestra also has a small select chorus, the Orchestra Kentucky Chorale, who sing in various programs as needed.

In 2005 a much-needed group was organized to raise funds and provide volunteer support for the orchestra. Called The Encore, the group raised over $40,000 at its 2007 Notable Art event, at which painted instruments were auctioned to benefit the orchestra. The Encore has also organized fundraising parties around performances by The Lettermen and Glen Campbell.

Why is this orchestra growing when orchestras all over the United States are going bankrupt? The reason is that it is run like a business. The orchestra believes that consumer-oriented programming is the key to success. Creative programming, which includes popular classical works as well as show tunes, bluegrass, and other innovative ideas, brings a diverse group to the concerts. Jeffrey Reed, Orchestra Kentucky music director, believes that music can entertain as well as educate, and this has been the core of the orchestra’s success. He sees himself as an evangelist for music. Audiences may attend concerts to hear familiar classical works and popular standards, but they are also introduced to works that may challenge them.

Orchestra Kentucky also subscribes to the “Purple Cow” marketing theory of best-selling author Seth Godin. The theory says that people are used to seeing brown or black and white cows—they are not remarkable. But if one sees a PURPLE cow, one stops and looks because it is remarkable. They will then tell all of their friends. The same is true of orchestral programming. The usual concert of an overture, concerto and symphony is no longer remarkable. Consequently, audiences for traditional orchestral fare are shrinking. But when an orchestra mixes classical standards with bluegrass or with show tunes is unusual—a purple cow—and will catch people’s attention. The ensuing word of mouth increases ticket sales.

Some sample programs have included Handel’s Messiah with Mannheim Steamroller Christmas arrangements, and a cross-over bluegrass composition commissioned for bluegrass band and Orchestra Kentucky programmed with Copland’s Appalachian Spring. Some consider this pandering to the masses, but Orchestra Kentucky has seen a diverse audience enjoying all genres of music, including the works of Shostakovich, Stravinsky, and others. Our mission is to “Change lives. . . one note at a time,” and if that means programming music that people want to hear, and sharing the good news about great classical works, than we have accomplished our mission. 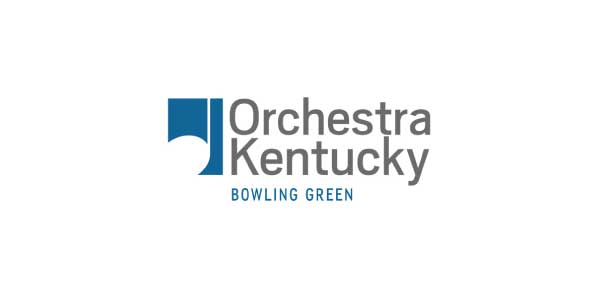