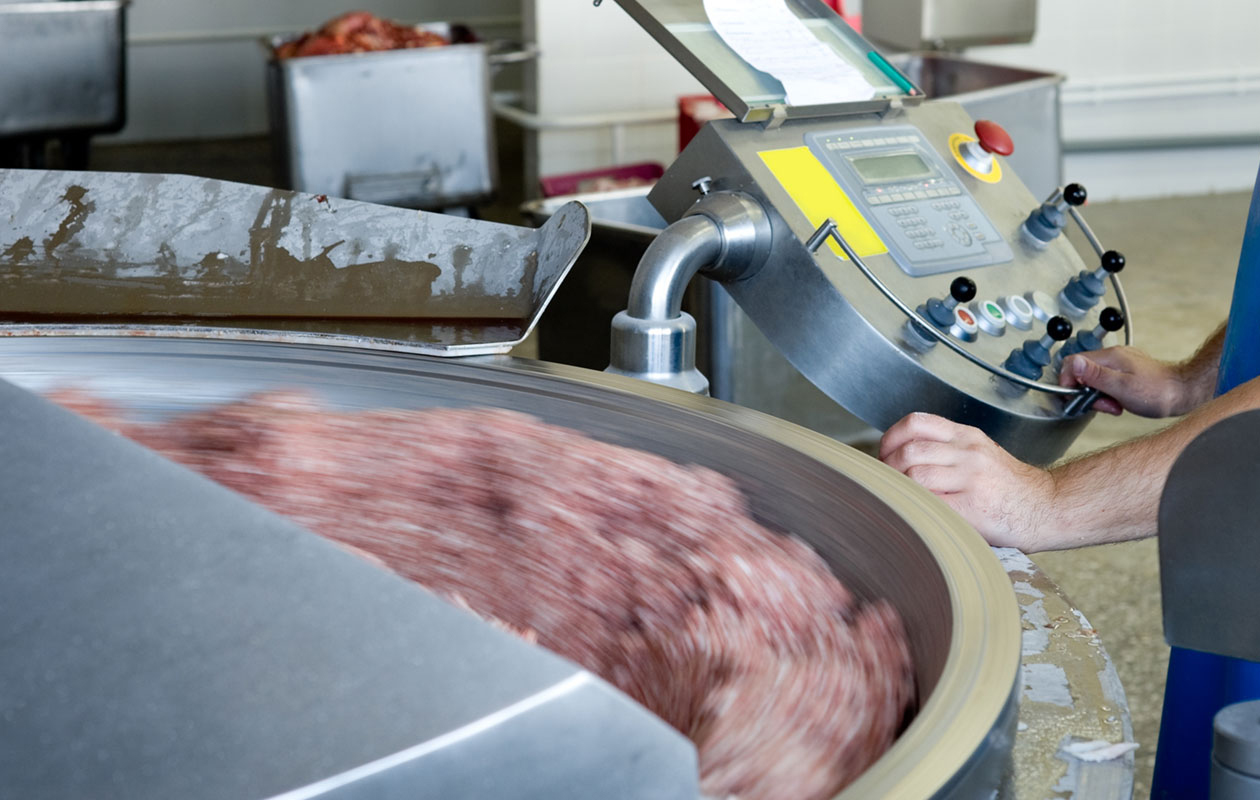 Odom’s Tennessee Pride, one of the largest private sausage makers in the United States with multi-million- dollar annual sales, operates two production facilities in the states of Tennessee and Arkansas. Their plant in Dickson, Tennessee was facing material handling issues that were negatively affecting production.

Immediately upon starting work on the project, Span Tech’s project manager learned that the customer was seeking solutions for a number of concerns. Due to limited floor space on the plant’s ground level, cartons and case flats were being stocked and erected on the second floor. Tennessee pride needed an efficient method to transport the erected boxes and cartons — with the lids up — from the second floor to the ground floor. The floor space limitations also meant that the product handling equipment needed to have a very small footprint since the available space was needed for manual assembly of the biscuit sandwiches, wrappers, cartoners, casepackers, and palletizers. Keeping noise levels to a minimum was also vital.

With all of these production issues in mind, Odom’s wanted a single material handling partner for all of the conveying equipment. Span Tech was the choice, and immediately began designing appropriate and efficient solutions. The initial solution called for five conveyor lines, and the production impact was immediate and substantial. Odom’s sales increased so dramatically during the engineering phase that two additional lines were added afterward. The first five lines were installed in 2005; the additional two in 2006. Each line is capable of producing 800 sandwiches per minute or a combined total capacity of 5600 sandwiches per minute.

Span Tech Designer System® conveyors are located at the discharge of each carton and case erector on the upper level. From there, the conveyors transport the product to two different Span Tech wedge conveyors for decline to the floor level. One wedge unit declines the cartons to the cartoner; a second wedge unit declines the cases to the case packer. Another conveyor moves individual wrapped product from the wrapper discharge to the cartoner, then the cartons are filled and conveyed to the case packer. Filled cases are then transported to robotic palletizers via a seventh conveyor.

The Span Tech conveyors – the wedge units in particular – have proven an ideal solution to this material handling challenge, according to James Stonehocker, Chief Operating Officer. “I would lie awake at night worrying about the equipment bringing the boxes down from the second floor,” he said. “After the operation started, I saw that the Span Tech wedge units were the least of my worries. The Span Tech team was great. We got great support through the product testing done at Span Tech, during the engineering of the system, and at installation and start-up. The equipment has performed great.” And it’s not just Odom’s personnel who have been impressed. “I often have visitors in the plant,” Stonehocker said, “and they are amazed at the Span Tech conveying equipment.”